MGB Berhad > About Us > Corporate Information

Dato’ Abdul Majit holds a Bachelor of Economics (Honours) from University of Malaya. He served with the government for 34 years and held various positions in the Prime Minister’s Department and the Ministry of Foreign Affairs of Malaysia. His positions provided him with wide exposures in various countries that he served at, such as Laos, Vietnam, USA, Nigeria, Ghana, Cote de Ivoire, Sierra Leone and Cameroon, the Democratic People’s Republic of Korea and the People’s Republic of China.

In his capacity as the Under Secretary of West Asia and the Organisation in Islamic Cooperation (“OIC”), he participated in several Ministerial and prime Ministerial visits to West Asian Countries and OIC Meetings. He was the Director General of the Association of Southeast Asian Nations (“ASEAN”) Division of the Ministry of Foreign Affairs, from 1996 until 1998. As Director General of ASEAN Division, he actively participated in the organisation of the 30th ASEAN Ministerial Meeting held in Kuala Lumpur as well as the ASEAN Heads of Summit and the 10+3 Summit Meetings in Malaysia. In 1998, he was appointed as the Ambassador of Malaysia to the People’s Republic of China until his retirement on 2 January 2005. 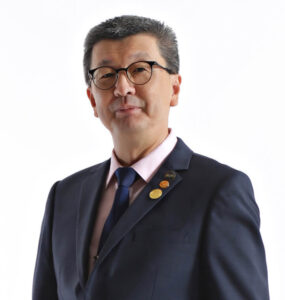 Upon graduation in 1982 with First Class Honours in Civil Engineering from the University of Wales, UK, Tan Sri Dato’ Sri Lim returned to Malaysia to assist in the family business of lorry transportation and construction works. Two decades later, the businesses have expanded into property development, insurance and tourism. On 6 December 2001, he was appointed as the Managing Director of LBS Bina Group Berhad (“LBGB”).

Being a philanthropist and an active advocate of social and community works, Tan Sri Dato’ Sri Lim sits on the board of these organisations:-

Tan Sri Dato’ Sri Lim sits on the Board of several subsidiary companies of LBGB Group and is the Chairman of Risk Management Committee of LBGB. Datuk Wira Lim holds a degree Civil Engineering from the Tennessee Technology University, USA. He started his career as a Civil Engineer upon his graduation.

He has more than 30 years of extensive experience in the field of property development and construction. He was appointed as Executive Director of LBS Bina Group Berhad (“LBGB”) on 6 December 2001. He is in charge of LBGB Group’s projects and he is one of the major driving forces behind the LBGB Group’s successful implementation of the projects in the Klang Valley. Datuk Wira Lim sits on the Board of several subsidiary companies of the LBGB Group. He is Member of Risk Management Committee and ESOS Committee in LBGB.

He is also active in community works and has involved in several non-profit-making organisations. He is the Chairman of Persatuan Hokkien Sungai Way, President of Selangor Petaling Business & Industry Association, Vice President of Malaysia-Guangdong Chamber of Investment Promotion and the Vice President of The Malaysian Chamber of Commerce in Guangdong, People’s Republic of China. He is also a qualified sharpshooter from National Riffle Association, Washington D.C. 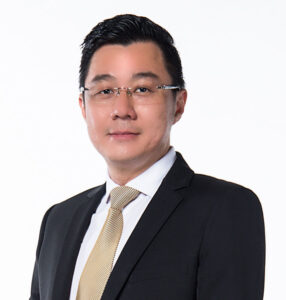 Datuk Lim Lit Chek (“Datuk Lim”) was appointed to the Board as Executive Director & Chief Executive Officer (“CEO”) of the Company on 1 December 2016. He is also the Chairman of Risk Management Committee of the Company.

His other academic achievements include winning the VICROADS Education Prize, Best Student Award, Golden Key National Honor Society Award, Most Innovative Award in Concrete Design Competition (C.I.A.), all of which in Australia and the Fellowship Merit Award from Cornell University.

As a member of Board of Engineering Malaysia, Datuk Lim has 19 years of experience in the field of property development and construction.

He started his career in 1980 as a reporter with China Press Berhad. In 1982, he was employed as a Regional Executive Secretary by the Malaysian Chinese Association. He left this position in 1985 to establish a company involved in the marketing of office equipment before he extensively invested into property investments and development.

From 1986 to 1990, he served as Municipal Councillor for the Majlis Perbandaran Shah Alam. Currently, he is the Executive Director of Yong Tai Berhad, a company listed on the Main Market of Bursa Malaysia Securities Berhad. He is also the Deputy Board Chairman of China-Malaysia Qinzhou Industrial Park (CMQIP) in Qinzhou, Quangxi, People’s Republic of China and directors of several other private limited companies.

On the Non-Governmental Organisation side, he is a director of Malaysia-China Business Council (MCBC), Chairman of China-Asean Entrepreneur Association (Malaysia) and Deputy Chairman of Malaysia-Guangdong Chamber of Investment and Promotion (MGCIP). 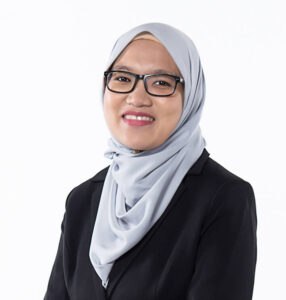 Puan Nadhirah graduated with an Honour Degree in Bachelor of Accountancy from Universiti Teknologi Mara. She started her career as an auditor upon her graduation. She has 10 years of experiences working in an audit firm where bringing with her a wealth of experience from auditing, financial reporting practices and processes, taxation matters and corporate advisory which involved in the field such as manufacturing, trading, retail and consulting services.

Datuk Lim Lit Chek (“Datuk Lim”) was appointed to the Board as Executive Director and Chief Executive Officer of the Company on 1 December 2016. He is also the Chairman of Risk Management Committee of the Company.

His other academic achievements include winning the VICROADS Education Prize, Best Student Award, Golden Key National Honor Society Award, Most Innovative Award in Concrete Design Competition (C.I.A.), all of which in Australia and the Fellowship Merit Award from Cornell University.

As a member of Board of Engineering Malaysia, he has 18 years of experience in the field of property development and construction.

In 2007, he founded MITC Engineering Sdn Bhd, a subsidiary of MGB Berhad and hold the position of Managing Director. Under his astute leadership, the company business has achieved great milestone.

Mr Lim Kim Hoe (“Mr Lim”) was appointed to the Board as Executive Director of the Company on 1 August 2014. He has also been appointed as Deputy Chief Executive Officer and a member of Risk Management Committee of the Company.

Mr Lim graduated with an Honour Degree in Bachelor of Engineering (Civil) from the University of Melbourne, Australia. After graduation, he began his career with LBS Bina Group Berhad where he was involved in property management, business development and construction activities.

He is a member of Yayasan Ang Koai Selangor, Lim Association Selangor and Persatuan Hokkien Seri Setia as well as other charitable and non-profit-making organisations.

Mr Wong Tack Leong (“Mr Wong”) was appointed as Deputy Chief Executive Officer of the Company on 1 December 2016. He oversees the operational functions including administration, construction and project management, contract administration as well as monitoring the financial performance of the MGB Berhad (“MGB”) and its subsidiaries. He is also a member of Risk Management Committee of the Company.

He joined MITC Engineering Sdn Bhd (“MITCE”), a subsidiary of MGB as a General Manager in 2007 and was later promoted as Executive Director of MITCE.

Prior to joining MGB, he worked as an associate Quantity Surveyor Consultant in construction industry. He has over 20 years of experience in various aspects of construction sector particularly in relation to building and infrastructure projects as well as oil and gas related fields. He has wide range of knowledge and actively involved in pre and post building contract implementation, EPCC contract, costing and feasibility studies.

He is Deacon Chairman of Mega Subang Chinese Methodist Church as well as member of other charitable and non-profit-making organisations.

Mr Chew holds a Bachelor of Finance from St. Cloud State University in the United States. He also holds a MBA (Merit) graduate from the prestigious Cardiff Metropolitan University in Cardiff, United Kingdom. In addition, he is a professional property manager registered and licensed by the Board of Valuers, Appraisers, Estate Agents and Property Managers (BOVAEP) to carry out professional property management practice under the Valuers, Appraisers, Estate Agents and Property Managers Act 1981 (as amended) (Act 242).

Mr Chew served as Head of Credit Administration Department with a leading local bank. For more than 5 years of working experience in the banking and finance industry, he gained extensive experience including credit processing, marketing, credit control and review, security and risk management and consumer banking operations. His previous experience also provided him with training in marketing, financial management and planning skills.